The Boy Scouts of America has decided to become homosexual friendly. What this means is that if your son is in the Boy Scouts he can be paired with an active and public homosexual for the weekend.  Also, the Boy Scouts recently made your sons more accessible to adult sodomites by making it policy that adult homosexual troop leaders can take your sons out in the remote woods for a weekend of outdoor activities.

The Girl Scouts have long been an issue in their relationship with Planned Parenthood and their exclusion of mothers in many Girl Scouts events. The Boy Scouts still have access to over 2.6 million boys and the Girl Scouts are still shaping the minds of 2.3 million girls. Many of these are Christian children. 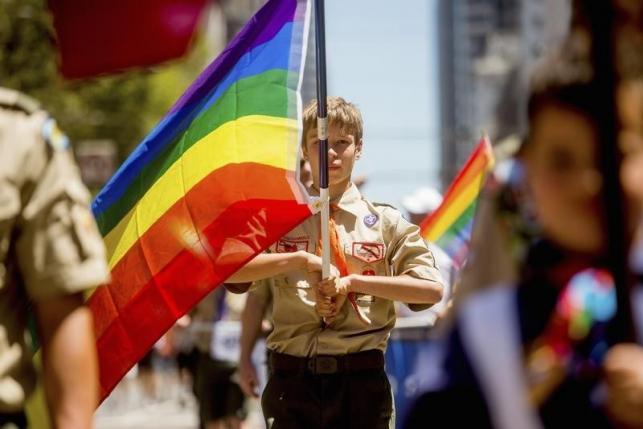 I would encourage Christian leaders who are taking a “wait and see” attitude to the homosexual scouting organizations to read the column “what is next for the LBGT movement” by Urvashi Vaid, Lisa Duggan, Tamara Metz and Amber Hollibaugh. In the article, the leaders of the homosexual movement clearly state their desire to make war on God-given institutions and sacraments. For example the homosexual leaders say “… What next? Disestablish marriage. Get the state out of the business. Abolish the legal category.” Also, the homosexual lobby is creating well-funded grants to attack Religious Liberty throughout the United States and the world. There are millions of dollars pouring into organizations specifically to wage cultural war upon places like Africa.  The homosexual lobby has a plan, and it is to minimize if not remove orthodox Christianity influence from the public square.  It is to make war on religious liberty, and remove the First Amendment rights of conservative Christians.  Yet many Christian leaders do not protect even the little ones from this continued assault on the Lord’s children.  Many of these homosexual organizations want to reach into Catholic parishes and Christian churches to gain access to young people through Scouting.

Previous Article Economic Crisis: How You Can Prepare Over The Next Six Months

Leave a Reply to Tom A Hawk Cancel reply