This article and photos were originally posted at www.charlescarrollsociety.com

This blog and many other patriot and Tea Party groups asked for people to show up at a recent meeting at Sandpoint, Idaho and express to Sandpoint Mayor Shelby Rognstad that there were serious concerns with simply inviting uncontrolled migration of peoples to this tiny town.  We covered that in the blog post Rognstad resolution to welcome Syrian refugees tonight at Sandpoint. It is also interesting to realize that Sandpoint, Idaho is in State Senator Shawn Keough district.  State Senator Shawn Keough is up for reelection this MAY2016 and has also signaled her support for uncontrolled migration of muslims to Northern Idaho.  We covered that in the post CSS Investigates: Shawn Keough progressive traitor to the constitution looks to continue to represent patriots in Northern Idaho.

In the case of Mayor Rognstad, patriots heard the call and responded.  There were hundreds of citizens who showed up to express their outrage in this small Idaho town with a population of only 7.577.  Shelby and the City Council seemed shocked that everyone was not on board with a resolution saying that Sandpoint, Idaho supports and encourages uncontrolled migration of people, especially Islamic nations where terrorist groups have significant presence.  Patriots were there to state the fact that everyone concern with security or the cost of uncontrolled migration is not a “racist” or “nativist.”  And their government locked them out in the cold. 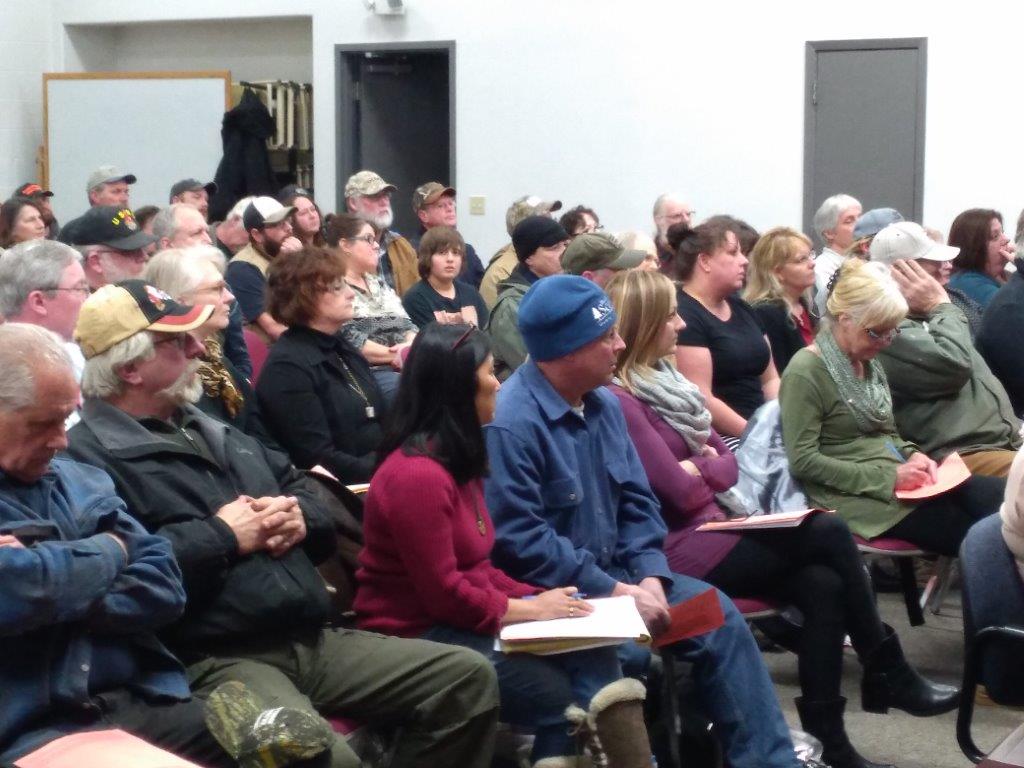 Mayor Rognstad and the City Council decided that “the room was at capacity” and shut the doors on their constitutes.  They had scheduled a very controversial vote and chose not to move the event to a bigger venue.  So much for “petitioning your government.”  I  arrived 30 minutes before the event started and the doors were already locked.  There were more than a 100 people waiting to get in to express their outrage at their elected representatives.  To say the crowd was “not happy” would be an understatement.  And you know who the Mayor called upon to shut the people out of the Council chambers?  The local police.  I major theme of this blog is that your problems are going to start “closer to home.”  The police started the night being very abrasive, but it appeared to get better as the night went on.

After more than half the people coming to petition their government were locked out in the cold by the local police on the orders of Mayor Shelby Rognstad, the crowd of patriots outside was getting, how shall I say … restless.   There were rumors that they were trying to disarm conceal weapon holders in a State building.  The State law in Idaho does not allow the local mayor to disarm anyone in most Idaho State buildings.  The crowd was angry. 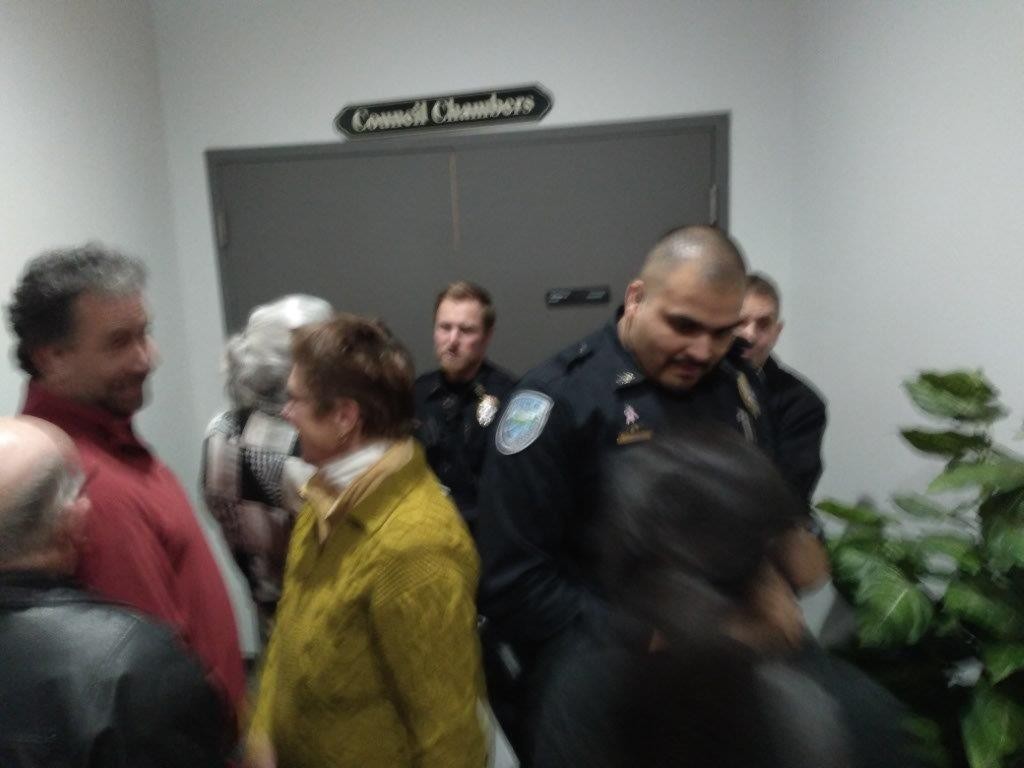 Thankfully these rumors turned out to be false.  Mayor Shelby Rognstad was wise enough to allow the over 100 Patriots locked outside to fill out “comment cards” to express their feelings.  That is how you “petition your government” write it on a sticky note and please place it in this circular filing bucket beside my desk.  Eventually, Mayor Shelby Rognstad allowed each person who wanted to say something to speak for all of one (1) minute.  He would not allow anyone to question him, nor to speak one second longer. People were still angry, but once they were allowed to at least to “enter” the building proper and speak for one minute the people started to simmer down.

When they called for a vote on the resolution the crowd erupted into shouts of recall, recall!  The crowd would not be silenced. The politicians who think they are our rulers backed down.  They completely scrapped the wording comparing the people of Sandpoint to the KKK and NAZI’s and “tabled” the full resolution.  The new progressive Sandpoint Mayor Rognstad is not done; he will be bringing the resolution supporting uncontrolled migration of primarily muslims back up on 20JAN2015.  It was great to see all the patriots show up and express their outrage.  It was great to see the people not simply “take” being locked out of their own government.  Patriots can win, when they show up ready to protect their God-given liberty.  Excellent work patriots.

Click HERE to view the full article, more pictures and other articles from the Charles Carroll Society

Click HERE to watch the full length video of the meeting.