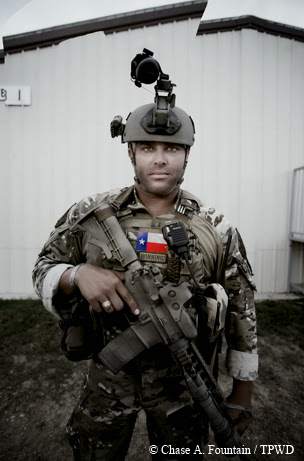 Have you ever noticed that people seem to get “attitude” when they chew gum?  I can’t explain it – they just seem to become more bold and a little bit flippant.  For some reason, just the act of chewing gum can change an entire countenance.  And, in the same manner, so can our clothes.

Think about it.  When we want to work out, we put on tennis shoes and work out clothes.  They make us feel energized and ready to get sweaty.  When we want to hunt, we put on camouflage and a blaze orange hat.  Just the act of putting on our camo puts in the right frame of mind for the hunt.  Every day we dress according to the image we want to project and every day, our clothes bring us closer to our idea of success or distance us from it (if we choose our clothing poorly).

The fuzzier the lines have become between right and wrong, the fuzzier our clothing choices have become.  And now, we are at a societal impasse.  We want to pretend to be upstanding members of society and, at the same time, wear baggy gang-style pants and pull hoodies down over our faces.  We want to espouse the purity and innocence of our little girls while dressing them as miniature prostitutes. We want to be taken seriously in business settings while piercing our faces and tattooing our bodies.  And, as women, we don’t want to be treated as a piece of meat while we dress in a manner that does nothing but display us as merchandise.  We can’t have it both ways.

Little by little, our nation has been militarizing our police force.  Once, our citizens were served by “Peace Officers”,  now we are policed by “Rapid Response Units”, “SWAT teams” and other para-military entities.  Gone are the days of slow-talking peace officers, dressed in button-up shirts, nice slacks and cowboy hats with a revolver on their hip.  They have been replaced with black BDU wearing, night-vision enhanced agents carrying deadly force multipliers and subdued badges.  And then we wonder innocently why our cops are so aggressive?  Well go figure!

We have created the world in which we are living.  We are blurring the lines between right and wrong, between good and bad.  We want to dress one way and act another (or pretend to act another).  We want to have our cake and eat it to.  It doesn’t work that way!

Just so you know, I am not cop bashing.  I am merely suggesting that we can only expect an escalation of aggression when we treat and arm our police officers as we do our military men going into battle.  They are being trained (and dressed) to engage the enemy.  What made us think that enemy wouldn’t be us?

Read this, and other masterpiece jewels of insight and wisdom, at Paratus Familia Blog

Next post Episode 14-04 COMMS UP! Comments, Questions, and Answers

Unmasking the Liberal Agenda of Death

The Adults Have Left the Building….