DHS at it again! ANOTHER Lexicon Defining Terrorists/Extremists 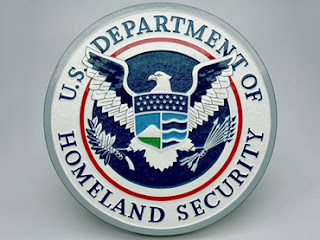 A recently published “lexicon” distributed to thousands of federal, state, and local law enforcement agencies by the Department of Homeland Security (DHS) targets citizens concerned about their Second Amendment rights and the steady encroachment of the federal government, categorizing such as “militia extremists.”
The “lexicon,” marked Unclassified/For Official Use Only (FOUO), is dated November 10, 2011, and was sent out by email to law enforcement and homeland security agencies on November 14 by LaJuan E. Washington of the DHS Office of Intelligence and Analysis.  We have exclusively posted the DHS “lexicon” here.
Its definition of “militia extremists” states:

(U//FOUO) Groups or individuals who facilitate or engage in acts of violence directed at federal, state, or local government officials or infrastructure in response to their belief that the government deliberately is stripping Americans of their freedoms and is attempting to establish a totalitarian regime. These individuals consequently oppose many federal and state authorities’ laws and regulations, (particularly those related to firearms ownership), and often belong to armed paramilitary groups. They often conduct paramilitary training designed to violently resist perceived government oppression or to violently overthrow the US Government. (Page 2 of 3, emphasis added) … 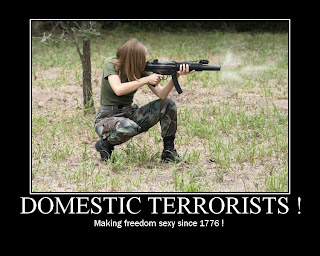 Also, a related story on Fox:
http://www.foxnews.com/us/2012/02/06/fbi-focused-on-sovereign-citizen-extremists/#ixzz1leH9gWjs
email us at: johnjacob@radiofreeredoubt.com
Post Views: 845

Next post So You Say You Want a Revolution?