Click the Play button to listen to this episode!

… OR, go to RFR’s  PODBEAN site to listen and DOWNLOAD all the previous shows!

“Think to a finish”   – Quotation over a doorway at the Pentagon.

Those are words that can change a life if you really let that sink in.  When it comes to being a Patriot, “thinking to a finish” is what separates a Prepper from a Redoubter.

“… the chances of a societal collapse are increasing year after year,” said author James Wesley Rawles, whose Survival Blog is considered the guiding light of the prepper movement.

– How to locate Scanner Frequencies for YOUR local area 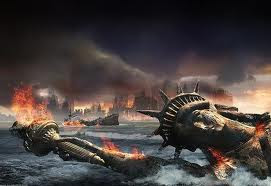 “Then shall they know that I am the LORD, when I have laid the land most desolate because of all their abominations which they have committed.”
Ezekiel 33:29