First Amendment Under Attack: 18 Examples Of How They Are Coming For Our Free Speech

Excellent article and expose from End Of The American Dream website. 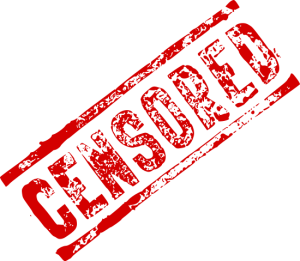 In the United States today, the First Amendment is under attack like never before.  Technological innovations such as the Internet have made it possible for average Americans to communicate directly with one another in ways that completely bypass the mainstream media, and this is making the elite very uncomfortable.  They have decided that they better come after our free speech before it is too late.  Right now, free speech in America is being chipped away at it in thousands of different ways.  On the one hand, you have the disciples of “political correctness” that want to make all forms of speech that are “offensive” to anyone against the law.  On the other hand, you have those that are obsessed with “national security” that want to ban all speech that is critical of the U.S. government or the U.S. military.  These twin forces are constantly seeking to push the First Amendment into a smaller and smaller box.  If you say the wrong thing in America today, your website might be shut down, you could be suspended from school, you may find yourself out of a job and there is now even a possibility that you could be arrested and shipped off to Guantanamo Bay without a trial.

Usually those that are targeted for their speech are those that the “establishment” does not like.  That would include free thinkers, political activists, libertarians, true conservatives and Christians.
Click HEREto read the rest, including the 18 examples of how our First Amendment rights are being violated …

Previous Article When you think "They Know All"