http://www.theblaze.com/stories/atheists-to-fly-july-4-airplane-banners-in-27-states-god-less-america-atheism-is-patriotic/
VA Cemetery told NOT to use God or Jesus
http://online.worldmag.com/2011/06/30/burying-god%E2%80%99s-name-at-a-national-cemetery/

http://www.theblaze.com/stories/north-korea-to-head-un-conference-on-disarmament/
Enola Gay article: The Pursuit of Happiness at:
http://paratusfamilia.blogspot.com/2011/06/pursuit-of-happiness.html#links 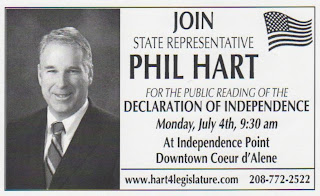 40 Signs the Chinese Economy Is Beating The LIving Daylights Out OF The U.S. Economy 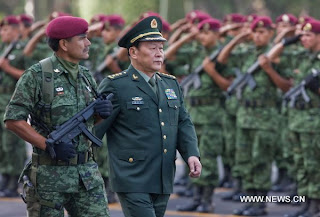 The Chinese Government Is Buying Up
Economic Assets And Huge Tracts Of
Land All Over The United States.
Click HERE to read the article.

Officer Jack McLamb Show uploaded to YouTube Video.
COMMUNIST CHINESE (part of the audio and some commercials got messed up, but good nontheless.  I didn’t do it!)

PROPAGANDA ALERT!
… and this link will take you to the laughable effort to scramble and try to get you to believe it was a contrail from a passenger airliner.
Click HERE to see that video.

Idaho Liberty Summit.
August 19-21 2011
Challis, Idaho
Contact: Custer County Tea Party
Clingers Festival & 2nd Amendment Rally
Friday, July 15th, 6pm
Stateline Speedway
Post Falls, ID
Contact: Tea Party Patriots of North Idaho
Correction: In the broadcast on WEEK 3, keynote speaker Dr. Marshall Foster was introduced as “Author of the book, National Day of Prayer.”  I mis-spoke.  He spoke on the National Day of Prayer.  Sorry for the mix-up.  I’m not aware of a book titled National Day of Prayer.  He is the founder and president of the Mayflower Institute, now known as the World History Institute.
JJS
www.TheCapitalistPapers.com
Email us with your thoughts